About a month ago I decided the boys had settled in enough with life here and we could shake things up by finding them a Beaver colony and Cub pack for them to join. We figured it would help George make friends outside school which would be a good thing too as he has been struggling a bit socially with his classmates.

Well, we were contacted by our nearest group who meet down the road and are based at the Catholic Church. They meet on Sunday mornings and we arranged a meeting with the leaders to find out more. Next came a wee interview by the deputy chair of the group (who spoke good English) and we were told about all the events that the group puts on through the year and also about the upcoming Group camp to celebrate its 50th Anniversary. In two weeks’ time. So we came away and thought about it. O was skeptical, G was keen. We went and bought the uniform. So. Cool.

And then the boys had one session and we had to make a decision on camp that day. Thankfully they had a great time and fears were allayed, so the boys were happy to go camping. And then both Dan and I were asked if we wanted to go along too. Hell yes. So last Friday, we met at the church at 6.30am to get on a coach and we returned last Monday afternoon.

Usually the sections all camp separately, so this was a rather unique opportunity to meet the whole group and for Oliver to see what the Scouts get up to. (He will move up when he is eleven). You might know that we too had some extreme heat in Japan recently, well thankfully, that dissipated on the Friday only to make way for a typhoon. The Cubs and Beavers (and parents) were staying in a building with aircon whilst the Scouts and Venture Scouts were under canvas. This was a deal maker, really, in our decision on whether to go or not. The site was described as a Catholic university: I think it comprises a girls’ secondary school; a small community of sisters and various facilities. There was a chapel, a church, a gymnasium, a swimming pool, lines of tea bushes and a bamboo forest. Mount Fuji loomed in the distance above the campsite. Dan left on Sunday night after the campfire to catch the train back to Yokohama for work on Monday.

In charge of the kitchen was a fantastic Scouter called Morai san. She was helped by another lady Scouter whose name I never mastered. I didn’t master many names, to be honest. Anyway. I tried to help out in the kitchen and I chopped cabbage, set tables and dished out food and probably got in the way a lot. The kitchen was much bigger than Ennerdale or Branthwaite’s – I was really impressed with the facilities. 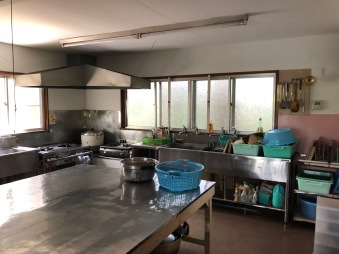 We ate a lot of rice and the meals were simple with the exception of the most awesome barbecue. I managed to lose 1.7 kilos over the four days without being hungry which was brilliant!

Anyway, that barbecue. It was AMAZING. There was rice (and chopped carrot) cooked in bamboo canes; pork; sweet rice balls on sticks wrapped in bacon and doused in soy sauce; sweetcorn; aubergine; fish; baguettes packed with mozzarella, onions, tomatoes, wholegrain mustard and spam; whole chickens; watermelon; the most wonderful smores I’ve ever eaten and this was all washed down with iced tea and lemon water.

There was a lot of formality. Each morning there was flag break and muster followed by callisthenics. 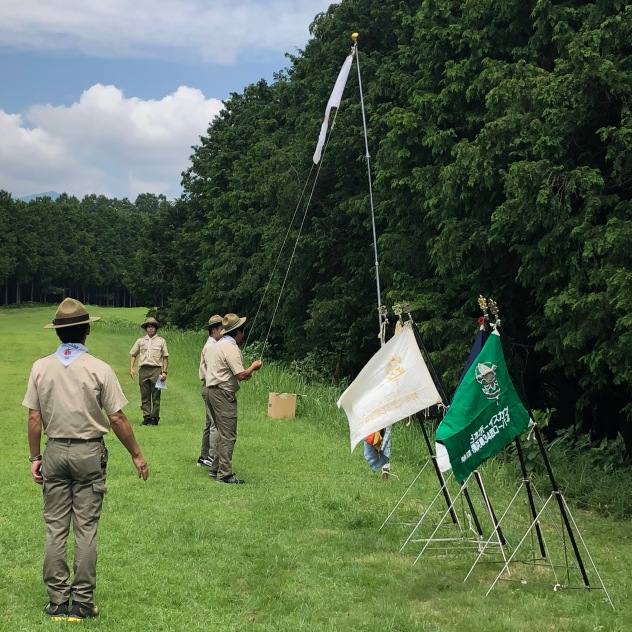 Generally Dan and I were both taken aback by the lack of things to do. It was all very relaxed and there was no morning or afternoon snacks. So an activity would be penciled in for ALL MORNING. There was a hike around a trail of bamboo crosses (that also doubled as teaching about the stations of the cross); a water fight; swimming; a night walk in the graveyard entitled ‘Test of Courage’; a mass; bamboo crafts and the campfire. 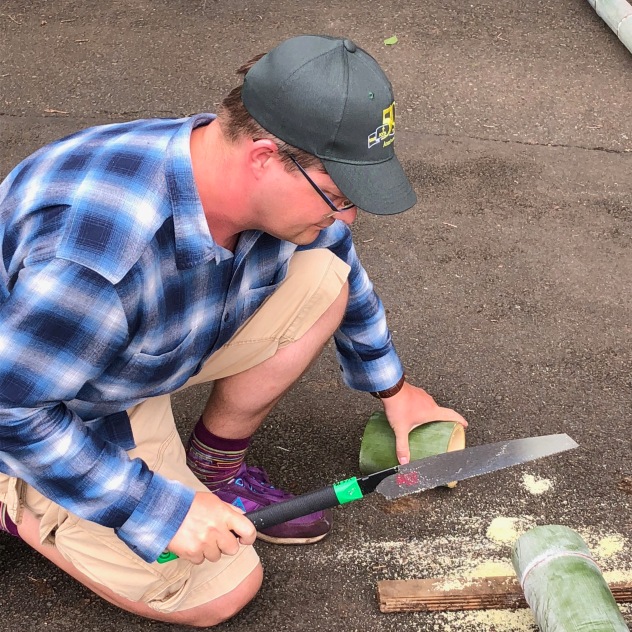 The tradition in Japan is that everyone wears their neckers (or chiefs as they call them here) on their heads. Every six/ group had prepared a sketch and there were songs too. I got them to sing the Spanish song about bogies. Always high brow, me. The camp fire was started with a bottle of lit flammable liquid travelling down a wire to the prepared fire stack. Very impressive. The campfire leader, (the Scout leader), would lead everyone to sing a chant that translated “Good evening, who is here? [person about to perform yells their name], everyone chants “what will you do?” [person responds] and then they do their thing. The campfire ended with us all stood round the fire, holding hands and singing a song to the tune of the New World Symphony and then humming it. Just lovely.

The Scouts made this altar fire out of bamboo. Loved the lashings.

Beautiful woggles made from shells from a previous camp (20 years ago) to Cebu in the Philippines. 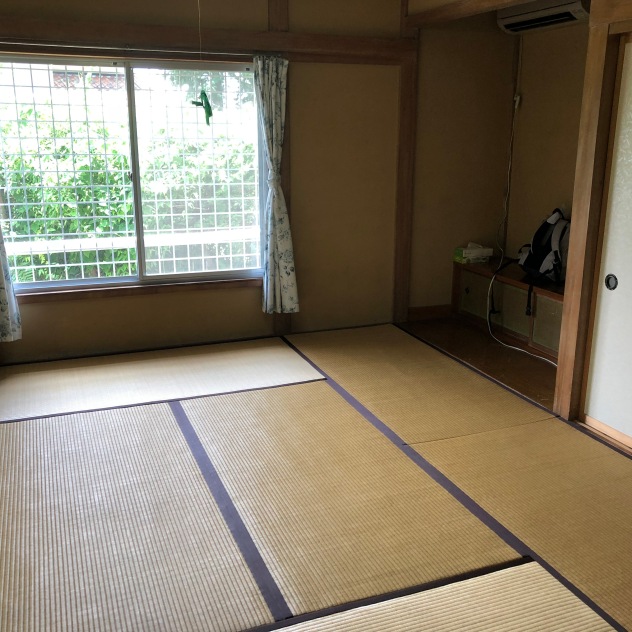 Dan and I SO EXCITED to be given commemorative caps.